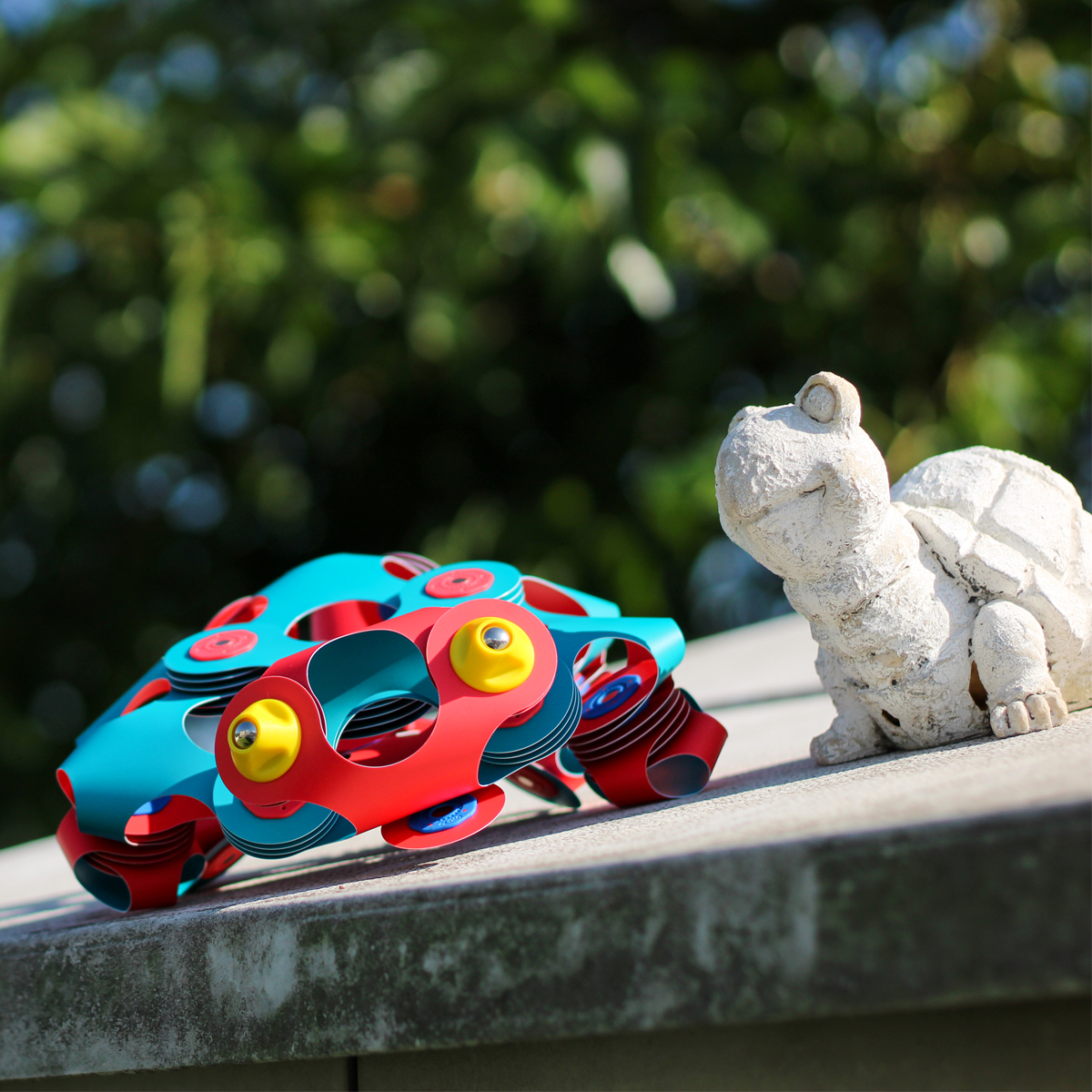 From the second I got my hands on Clixo’s foldable, origami-like play pattern, I couldn’t let go.

In fact, I wondered why no one had thought of it before. As a STEAM summer camp counselor and volunteer at a reading center, I’ve often struggled with finding ways to keep kids occupied. Working with kids often means that you are surrounded by dissonant sounds: spinning chairs, phones falling off of desks, and whispered snickering at all times. I imagine that my time as a counselor would have been far easier had I gotten my hands on Clixo sooner.

I know that kids are always anxious to get their hands back on their phones, because I spent a summer telling them that they could only play Pokemon Go after we finished editing a short video. The solution has certainly never been hidden in lengthy lectures or tedious, six-part worksheets. I could tell that kids needed tactile, rewarding activities that kept them engaged. As I’m sure many parents, caretakers, and teachers know, though, solutions to prepubescent boredom are few and far between. Rather than continuing to struggle with kids running around and wreaking havoc, we might be able to replace their inharmonious sounds with a chorus composed of satisfying, magnetic clicks. Tinkering with Clixo, I could start to see a way around phone-focused distractions.

I found myself diving headfirst into realizing my creations: silly turtles, standing fans, and accessories for my sister’s stuffed animals.

“Playing with Clixo in the air, on different surfaces, and around household objects was a revelation because so many opportunities to play are now pursued on 2D planes or on the flat screen of a device.”

It felt inherently tactile, rewarding, and intuitive to bring play back into the material world. The satisfaction I felt after folding and snapping together a Clixo turtle was unparalleled, even after experiencing dozens of variations on the tired building block formula as a kid. I started to wonder how I could fold Clixo into a summer camp classroom setting.

First, I imagine that the kids would actually be engaged. I wouldn’t lose hours convincing children to try step-by-step tasks or giving rote memorization a go. Kids certainly love to fidget around – I recall recovering lost keyboards from obscured corners, and having to help retrieve missing items, including phones, from the tops of vending machines. Screen time can provide a wealth of content, and computer screens, phones, and tablets are now used in over 75% of classrooms daily. However time spent on a screen will never provide the tangible satisfaction of fidgeting around with a fun toy. Kids would be encouraged, instead, to improve gradually and learn from risk-free mistakes as they master Clixo’s simple folds, bends, and snaps, no phone necessary.

I’d be able to work with them directly, interacting in a guided play capacity to make the most of their creations. When the kids I was working with engaged with a computer screen or watched a lecture, I could feel their attention drift – children can tell when they are completing routine, impersonal tasks on a tablet. Guided play has been described as “an exemplary pedagogy because it respects children’s autonomy and their pride in discovery.” Why shouldn’t we work together to build up entire farms, aquariums, or villages by bringing play off the screen and into our hands?

“Kids feel accomplished when they experiment with Clixo because every attempt brings them a step closer to a new opportunity, shape, or idea.”

I, for one, never felt dejected playing with Clixo. For example, I salvaged a Clixo backpack into the shell of my prized Clixo turtle. Those of us who work as mentors and counselors now have the privilege to help children take their time with Clixo and discover new ways to problem-solve and grow.